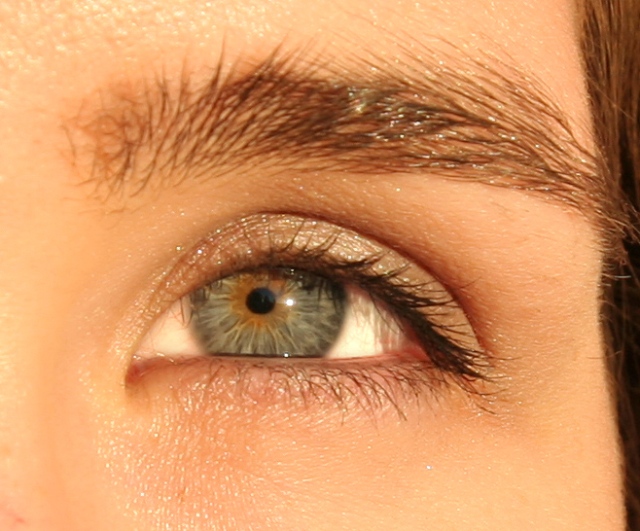 We all know that Apple coined the term “Retina Display” to describe their high density displays for iPhone.  The screens for mobile devices at the time were hovering in the 120-150 range for most handsets, while the retina screen for the iPhone clocked in at an impressive 326 PPI (pixels per inch), it was heralded as a great breakthrough for visual fidelity and accuracy.

Jobs, ever the master of marketing, claimed that this was a screen grain so small that the human retina couldn’t resolve individual pixels, and thus the name.  From there, erupted a great debate about what “retina” actually meant, some saying it was the End of Pixel Density Innovation Forever For All Practical Purposes, and others claiming it was just a meaningless marketing fluffymumbleword.

Since then, I’ve encountered some who think that anything over 300 PPI is retina, and by extension, anything under that can’t be. What might come as a surprise is that retina isn’t an intrinsic attribute of a display – it depends on the size of the pixels and, critically, on the distance you’re standing when you’re using the display.  A retina display can become non-retina if you get it too close and a a very low density display suddenly can become retina if you back off far enough.

How far do you have to go?  And how does that work exactly?

To get to this, you have to realize that it’s not the absolute size of the pixels that matter, but the apparent size.  How many degrees of visual angle does a pixel take up?  Turns out there’s a magic number of pixels-per-degree in your field of view – the eye simply can’t see more detail than that.

The magic number of pixels per degree is called a visual acuity limit, and it’s a somewhat elusive number that depends on lighting conditions and individual variances in eyesight (some of us are just carrot-eating eagle eyes, right?)   But as a fair starting point, we can say this:  if a display’s pixels are small enough and far enough away that you can cram 50-60 pixels into each degree of your field of view, you’ve got yourself a retina display.  Steve jobs liked the number 53 pixels per degree even though academics often throw around 60 PPD sometimes.  Let’s not sweat that nuance. It’s in there somewhere.

That means that close-up displays like hand-held phones need really high PPI while further away screens, like desktops can still be retina displays even though they have lower PPI.

Some background math on this and some sample PPI data and distance data can be found here.  Of course, Wikipedia has some good background on Retina displays too.

OK, so how weird can this get?   What about really low DPI screens that are really, really big, but very far away?  Is that even a thing? Could that be a retina display?

Meet the new display at the Houston Texans’ Reliant Stadium.  Details about this displayzilla are here at the Verge with some additional coverage here at Gizmodo.

What’s the PPI on THAT? “How can that be retina?” you might ask.   The answer to that is, as we now know  “sure, depends on where you sit, bro.”

(The “bro” part is required for technical correctness that we can’t get into here.  Trust me.  This is science.)

Below is a map of Reliant Stadium and if you look here,  you can see a picture from the field of where these gigantic displays are mounted inside the facility.  I’ve made a fair guess where those displays mounted.

I’m guessing as to the location of the screens here.

For a display of 1.56 PPI to present 60 pixels per degree to a viewer, that viewer would need to back off a full 435 feet.

The good news is that this stadium is plenty big enough for that to happen.   The zone in the diagram below marks the seats that are more than 435 feet away from the center of the north display.

Not bad coverage.   Remember, the PPI is still only 1.56, but the angular density is well above our magic 60 pixels per degree for the people in blue.

Now, I am not 100% sure that the stadium sports  monster displays at both ends of the field, but if it does, the people at the other side of the stadium  get a good retina display to look at, too.  Like so:

Mind the gap! No retina in the middle These poor guys are too close to both displays – neither of them will have retina attributes at such close range.

But mind the gap!  Poor bums in the middle – the ones on the 50 yard line – are not far enough from either screen to get a good retina experience.  For them, the pixel grain of both screens ought to be evident (anyone in Texas out there who can validate this? I’d love to know!)

The moral of the story is that you can get retina displays even when the screen density is super low.

Extra credit:  What’s the PPI rating of a retina display on the moon?   What would the overall resolution be?  And how big a message could Chairface Chippendale carve if he wanted to?